i’d rather be klunking

First off, if you havent seen this video, give it a good thorough watch (or a skim)..

This is definately the most wack bike i’ve ever built.

A wise man once said, the old singlespeed coasterbrake hubs are the best singlespeed coaster brake hubs. Lucky me, i’ve had this old HISTOP coaster hub laying around in NOS condition for a while, struggling to decide what bike to use it on. I was considering converting my Eighthinch Butcher, but when this old Raleigh retro mtb frame came up for sale, i knew it was time to go full klunk. That paint job, the perfect dropouts for a SS footy rear wheel, and for only about 30 euros!

Ok lets adress the elephant in the room. Those bars! The name behind the creation is Oddity Cycles, a frame builder from Colorado USA. If you’re not following them already, now’s your chance to fix that mistake, because there is some seriously rad stuff coming out of that shop!

Fellow nerd and long time follower Vegard Skorpen was so kind as to gift these bars to me, even boxing them up and sending them from Norway! Check him out for serious bike handling skills and some shreddy hardtail action.

The next silly thing in line is the HITE RITE. Simply put, its the original dropper post from the 80’s. Pop your seatclamp QR open, sit down, and tighten it again. You got to be careful when opening it back up, because there is serious spring in that coil! It actually works surprisingly well, but the seattube defs needs to be reamed and have a well greased seatpost. My commute actually includes a little “short cut” through a skate park, so i usually drop the saddle and line up a launch off the hip just before getting to work.

This is the first dynamo setup I’ve had, and im completely convinced. I didnt want to go too fancy, so the cheap and reliable Nexus dynamo hub, paired up with the pretty cheap and good looking Busch+Müller IQ-XS was what i went with. To my dissapointment there was no hole between the fork leg and steerer tube, so i ended up drilling a very crude and crooked hole through the front of the fork, for internal wiring.

The rims were the Sun Ringlé Rhino Lite XL, very fitting with their almost 30mm width, bombproof durability, and old school vibes. Im a bit of a perfectionist, but this build was getting more and more micky mouse throughout the process, so i didnt even bother spending time truing the wheels.. no rim brake brakes no problems!

Getting the 2.4″ holy rolers to fit involved the most ghetto trick in the book, which i learned from my friend and colleague @steinen_1 (the mechanic muscle behind Omnium). It involves a big pair of parallel pliers and a nut. Its essentially just squeezing the tube thinner to increase tire clearance. A very crude crimp, if you will. Paint definately cracks and steel will rust, but thats why i did a few layers of electrical tape.

Other things involved cutting the brake studs off, making my own carved version of a Brooks C19 TEST saddle, and filling the quill adapter down from 22.2 to 21.1mm to fit raleighs silly “standards”.

Speaking of standards, the pruple spank stem is a 25.4mm clamp, and the bars are 22.2. I didnt have a shim handy, so i came up with making my own out of an old 1″ steerer tube! The “1 inch” conveniently being the outer diameter of 25.4mm, and the inner diameter of 22.2 made it perfect, so i cut a section off, sliced it in two, and bob’s your uncle, worked like a charm. Another one was shimming the 25.0mm seatpost up to the 27.2 HITE RITE clamp.. yup.

The old L&M cranks I had in my parts bin colour matched the frame surprisingly well, not to mention the insanely tight clearance between the NDS crank arm and bb shell. The 103mm square taper bb had the perfect chainline, the clearance was a complete coincidence. A very satisfying coincidence.. The solid stainless steel surly chainring in the good old 94mm 5 bolt bcd, and some pretty purple chainring bolts I was given by the humble @krongaard78, a fellow retro mtb nerd who for some unexplainable silly odd reason doesnt like purple bike parts.

The beauty of this build was that i didnt feel i had much to lose from the start. The frame was dirt cheap, kinda rusty, and made of plumbing pipes in the first place, so drilling wack holes and cutting things off didnt hurt too much. This build was a fun challenge, with nothing really fitting together properly without the use of some silly bodge. A bit of a hack bike really. Not nearly as cool as these though.. I get why mtbing started, and i also get why klunking is a thing again. I sure am pleased with the result. 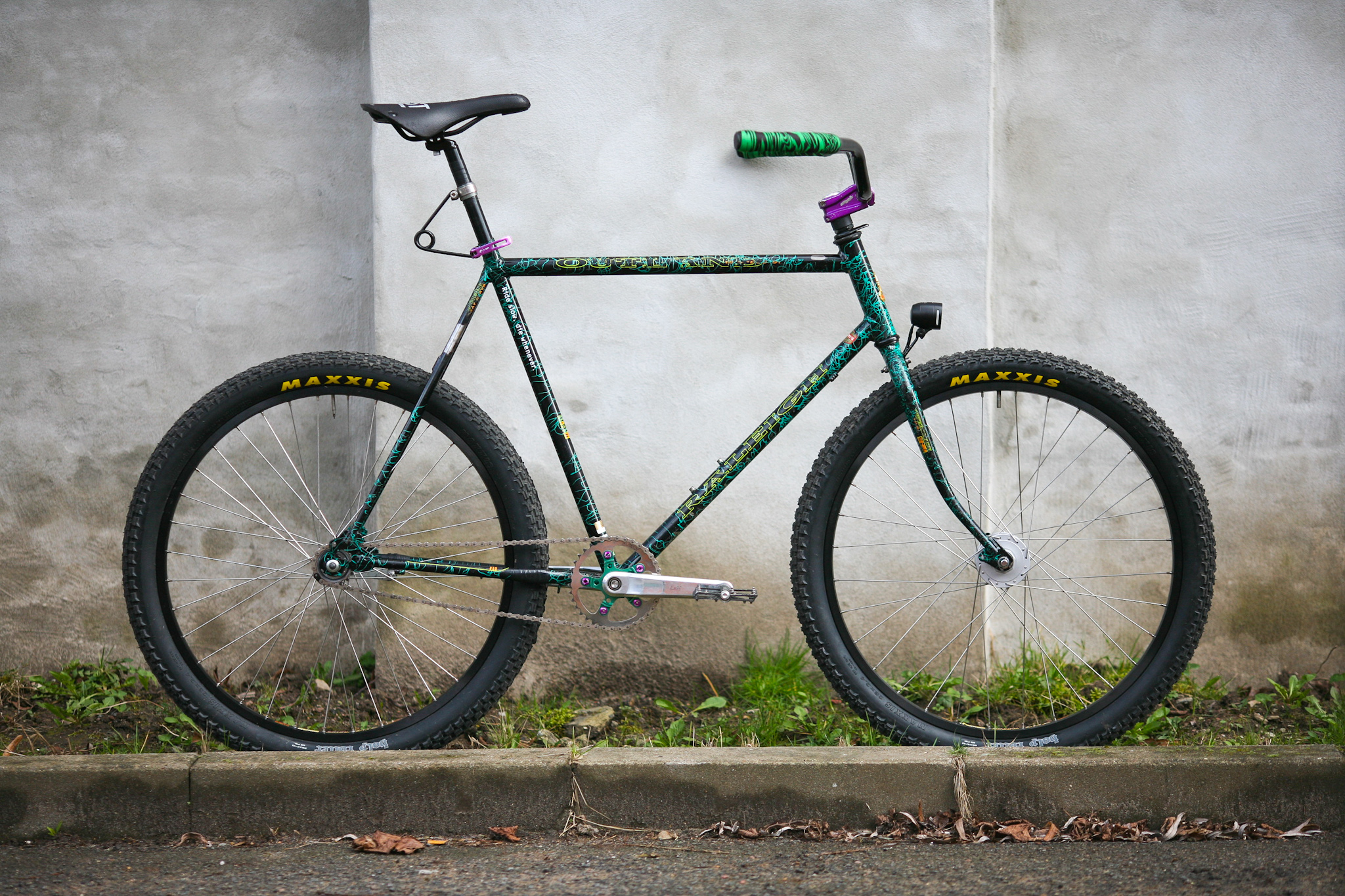 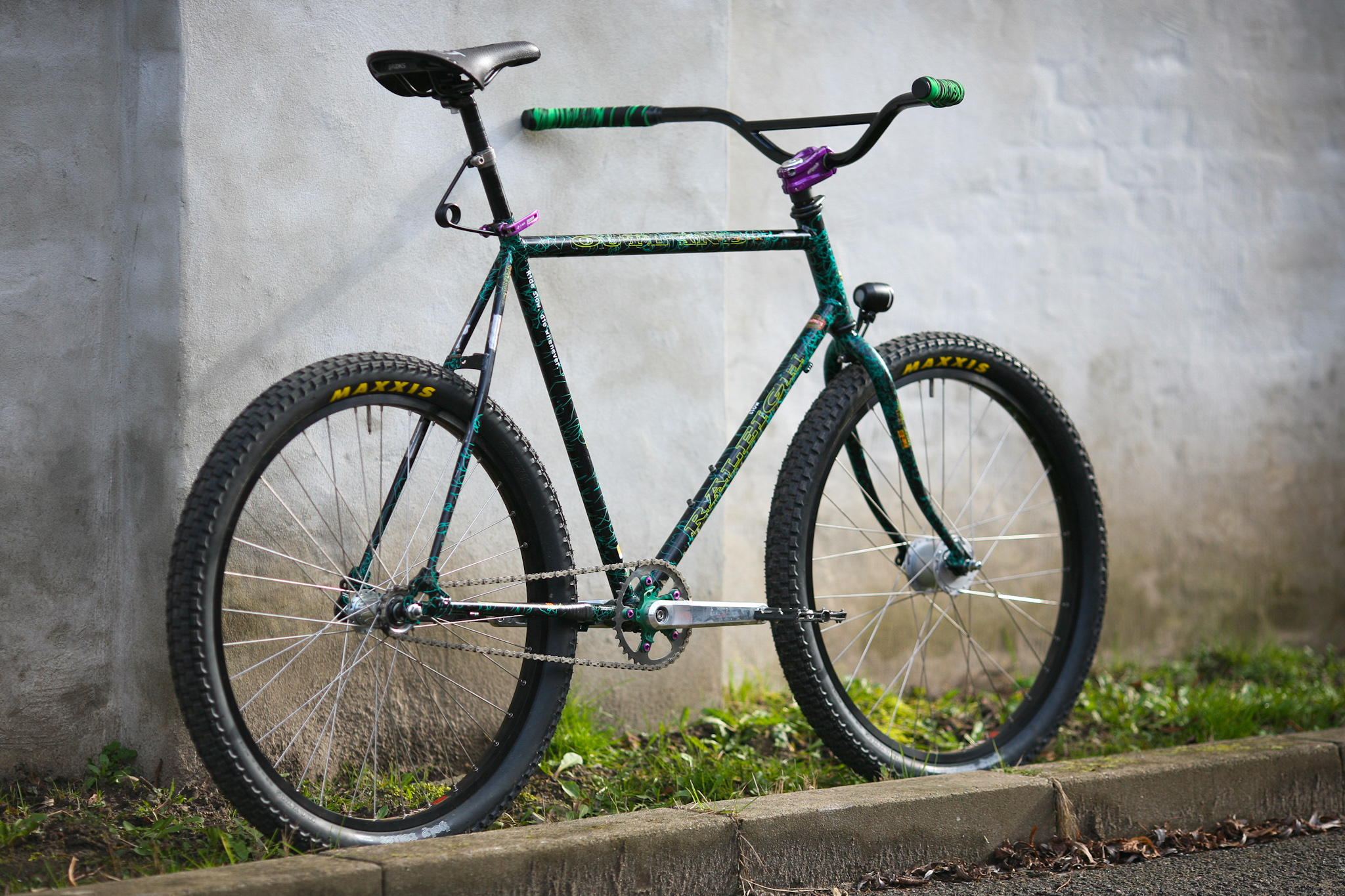 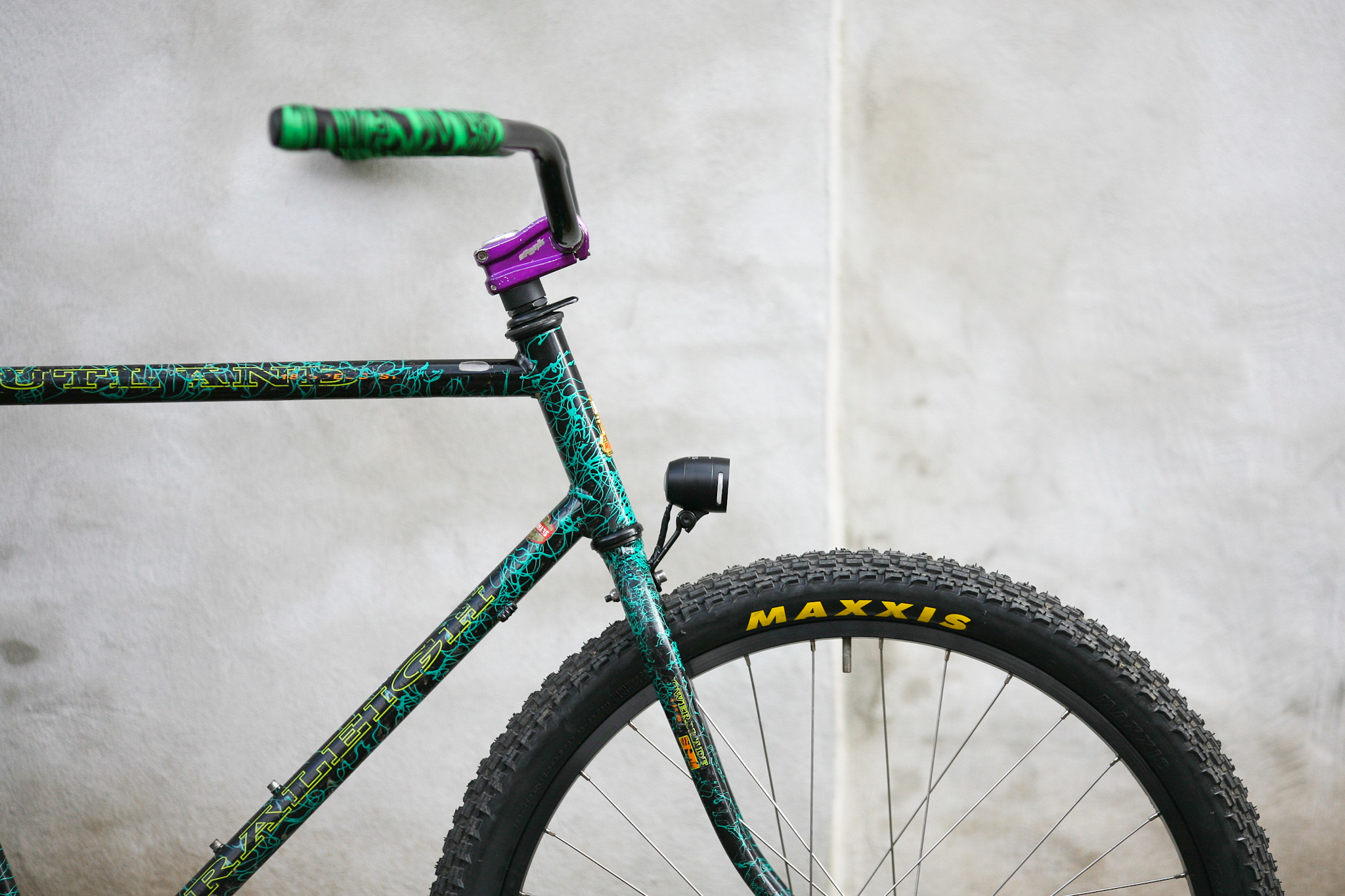 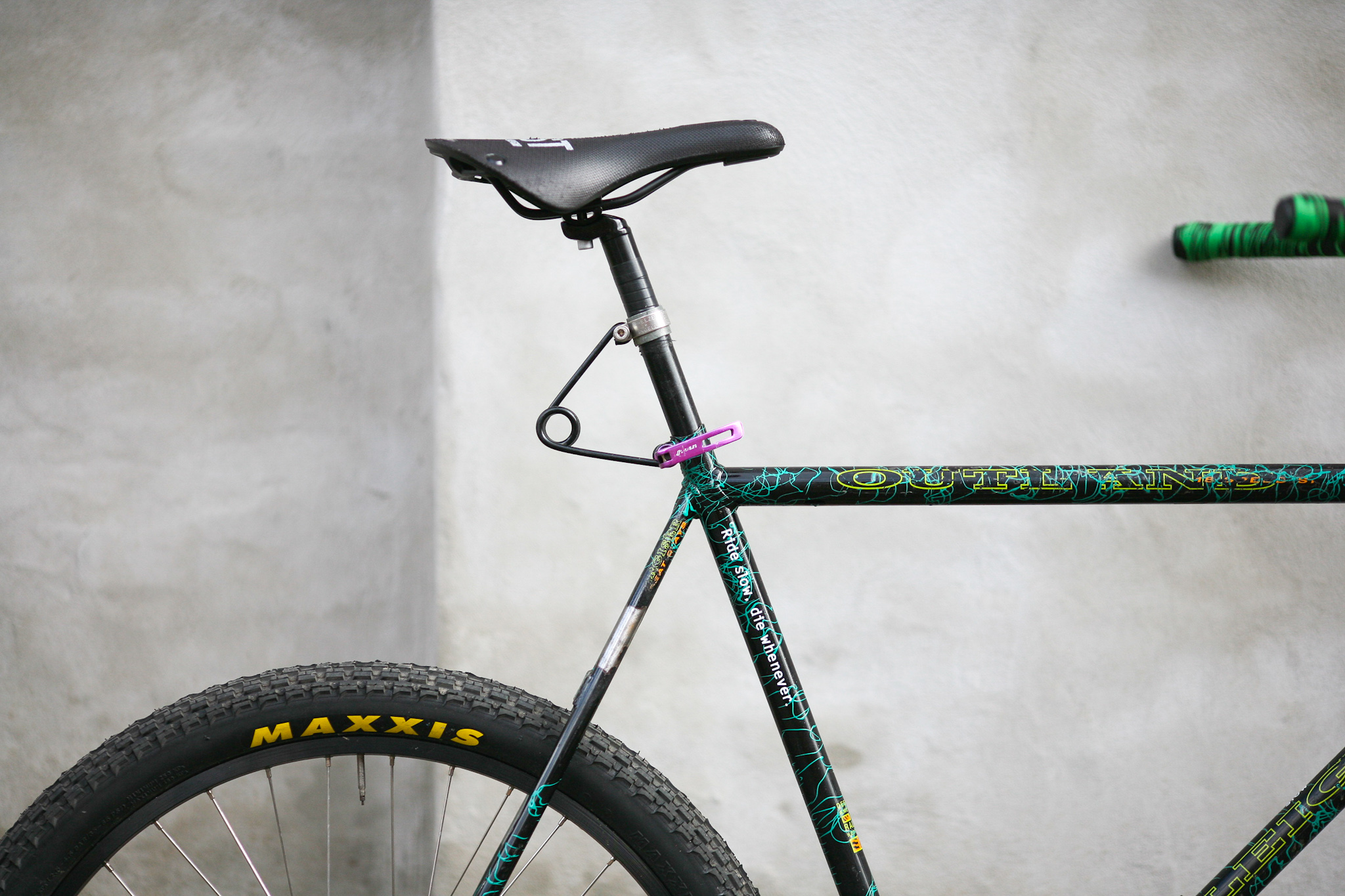 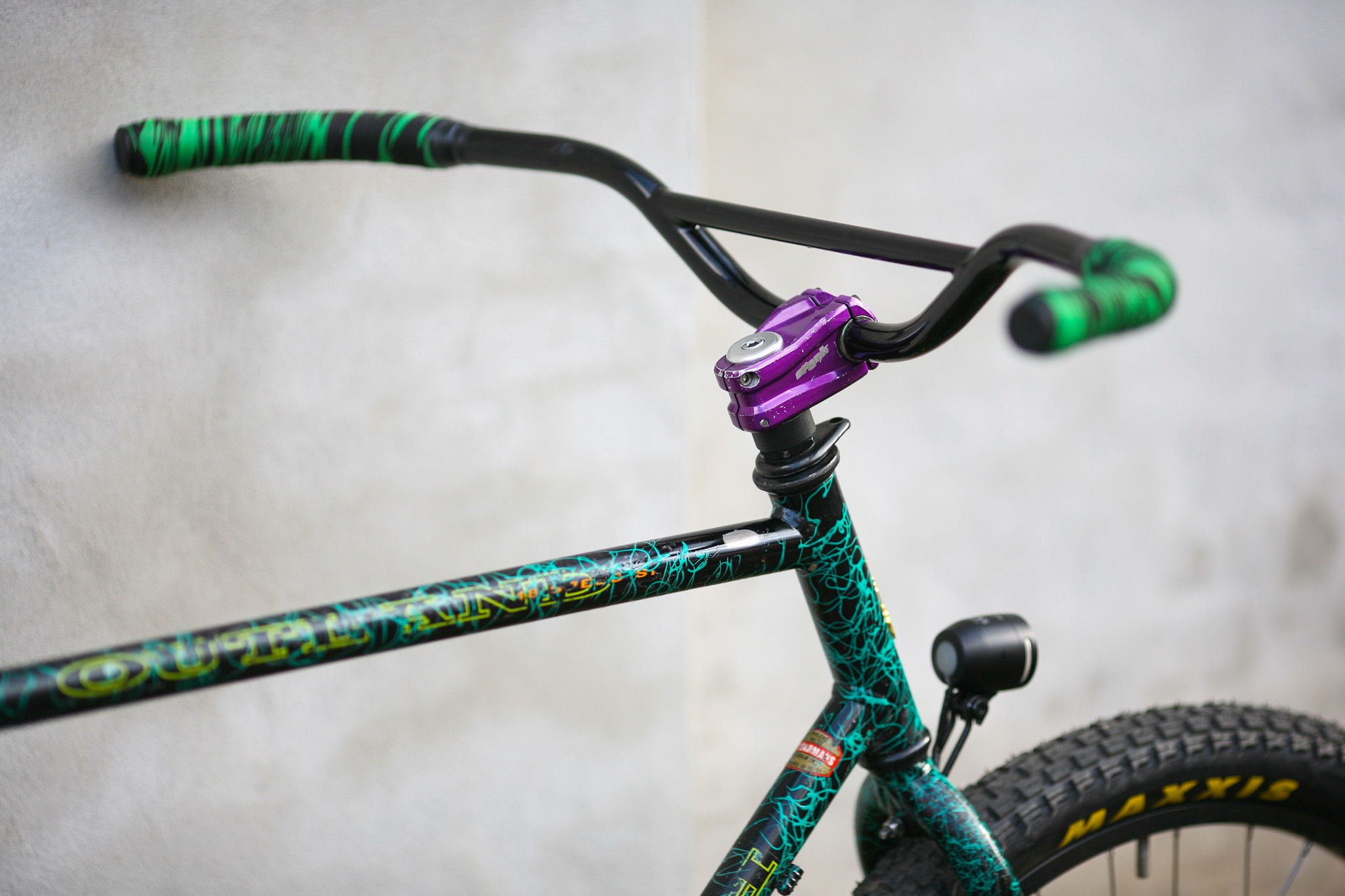 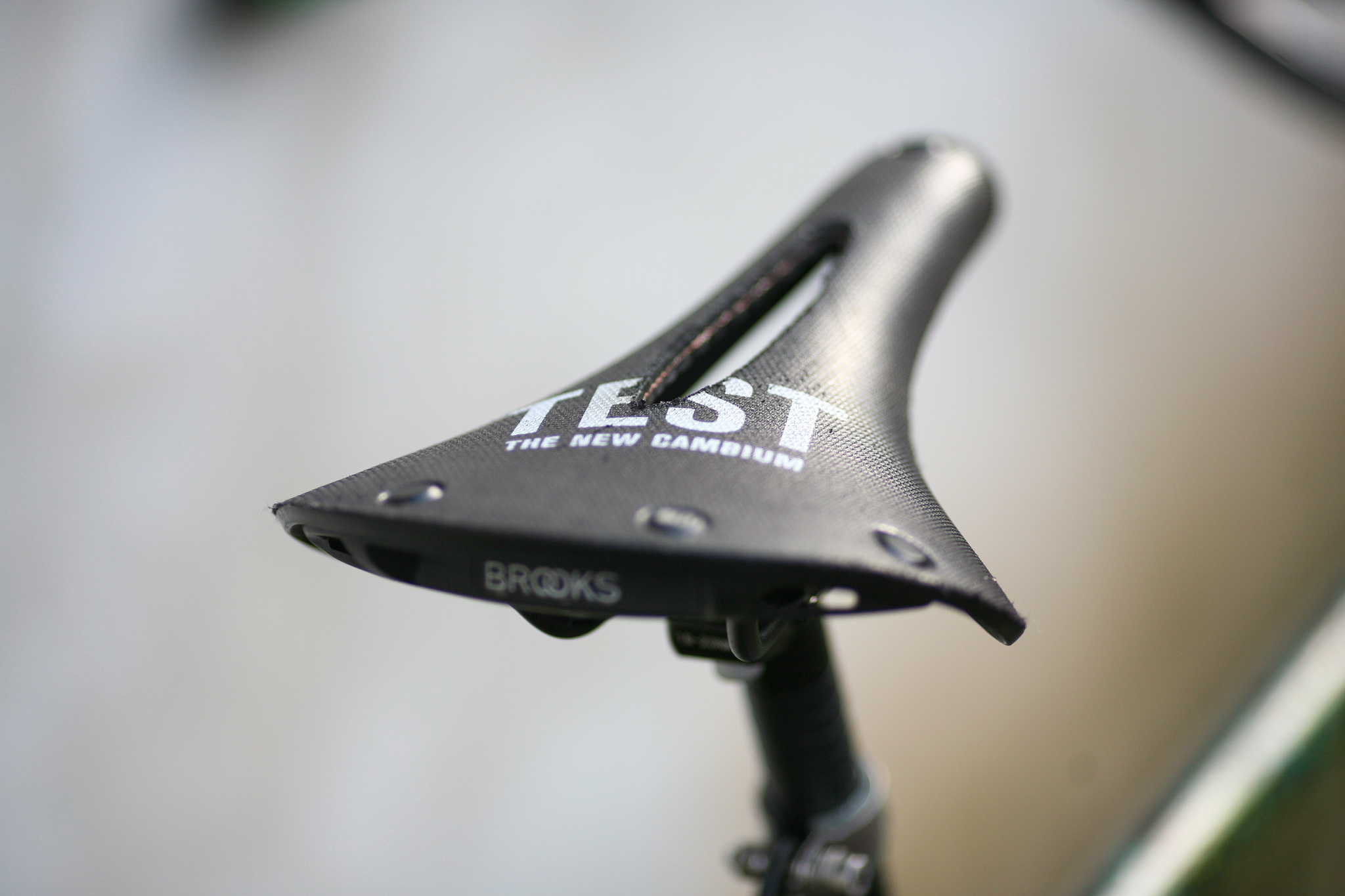 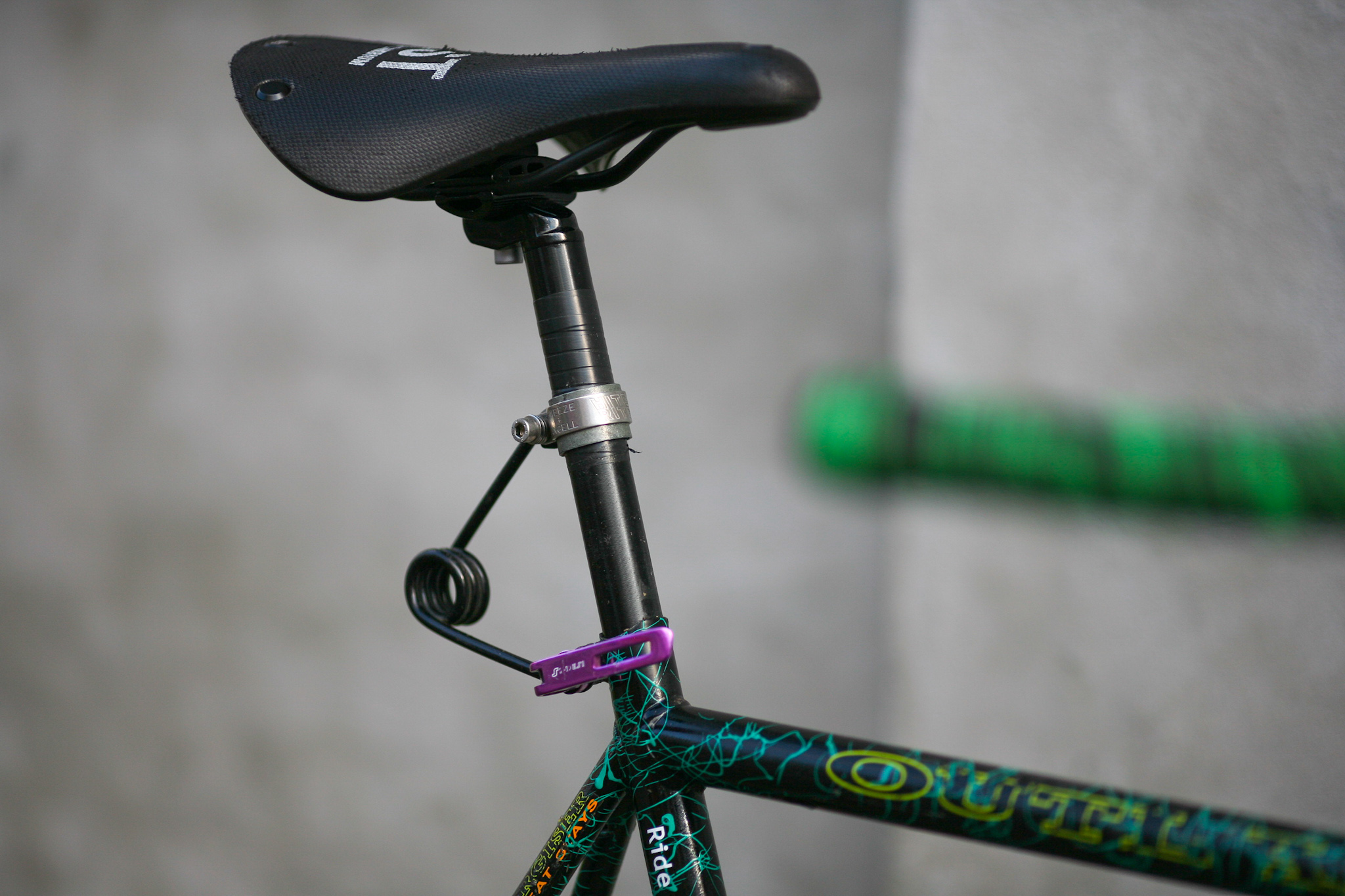 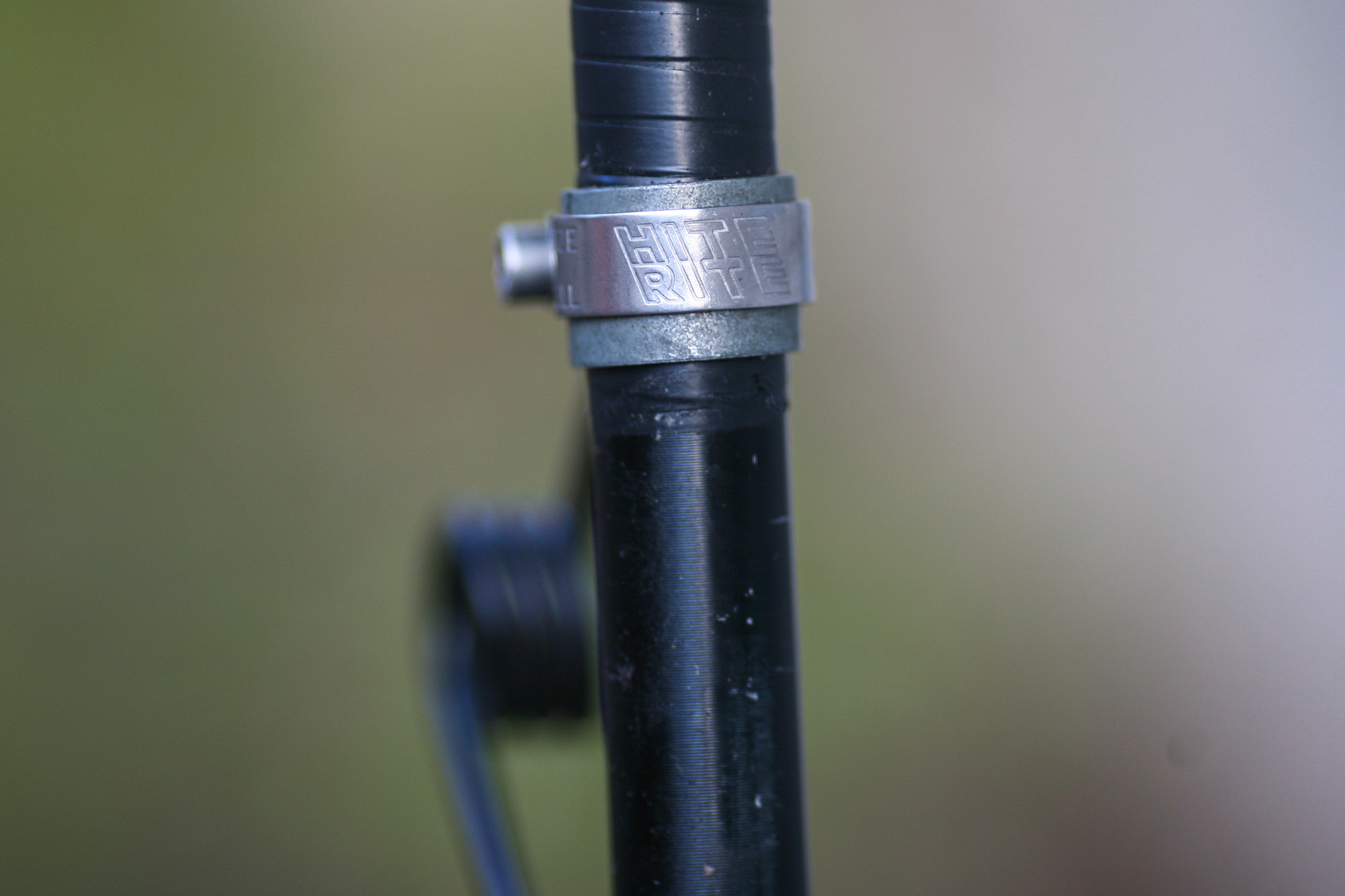 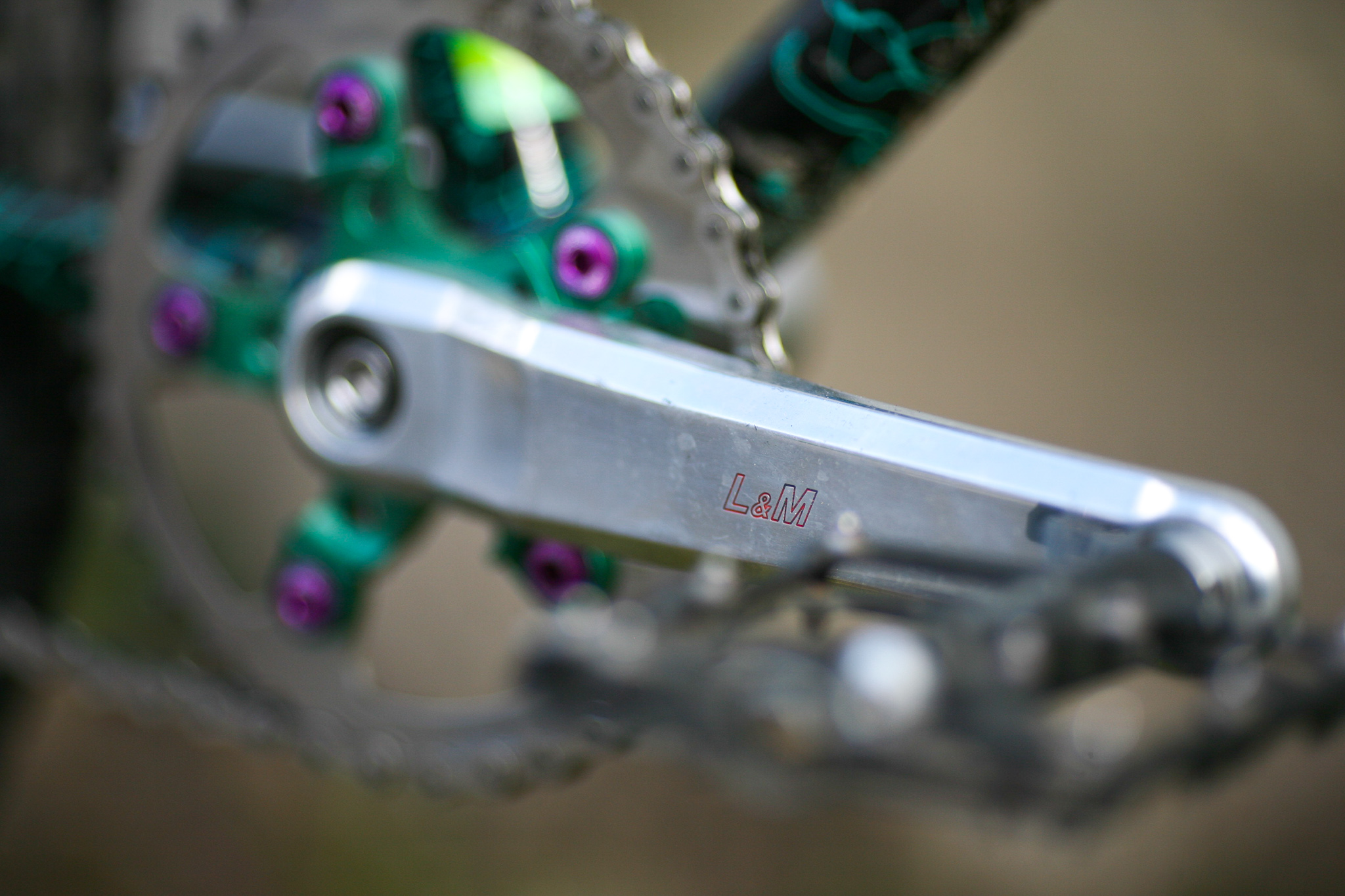 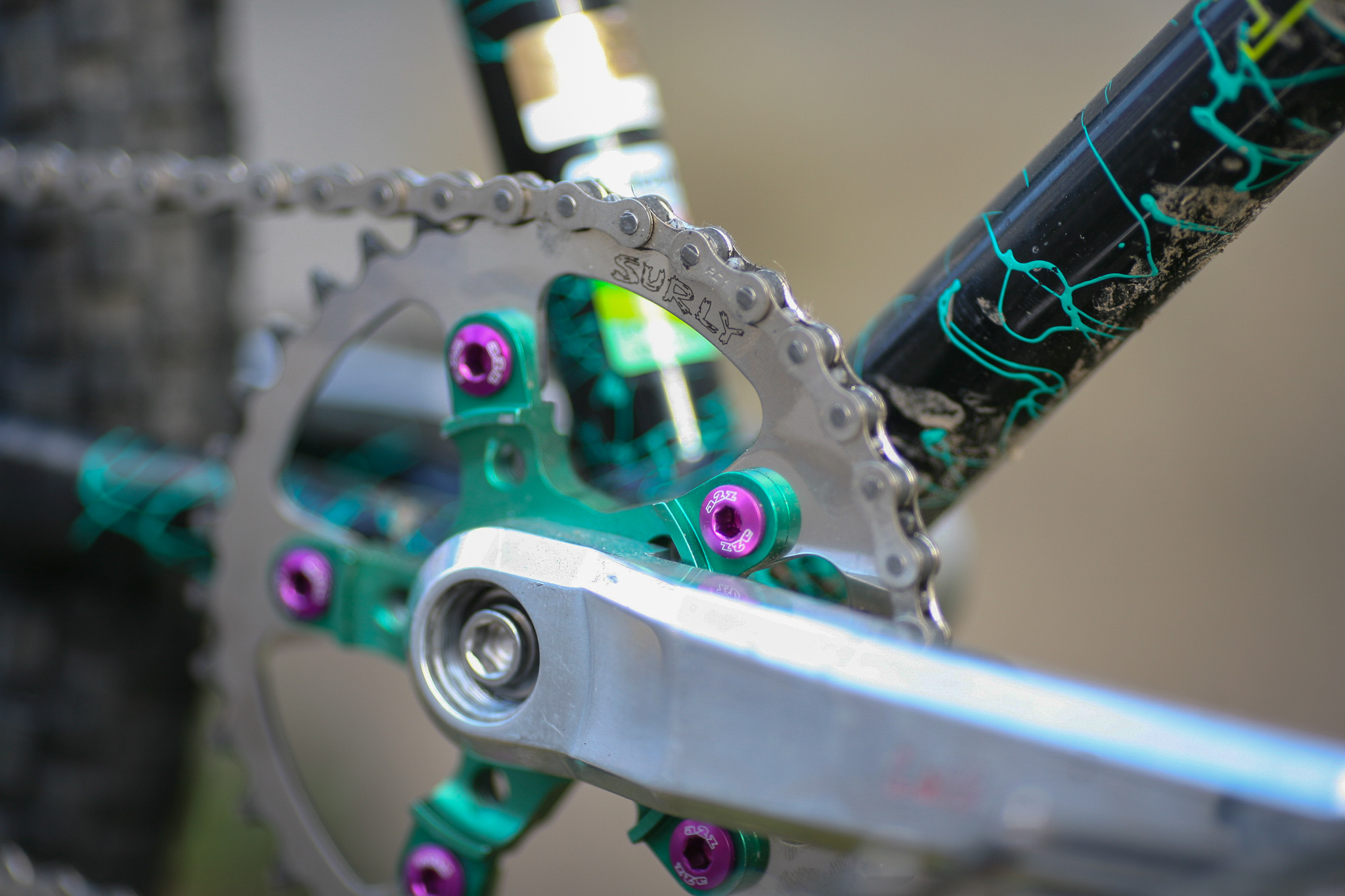 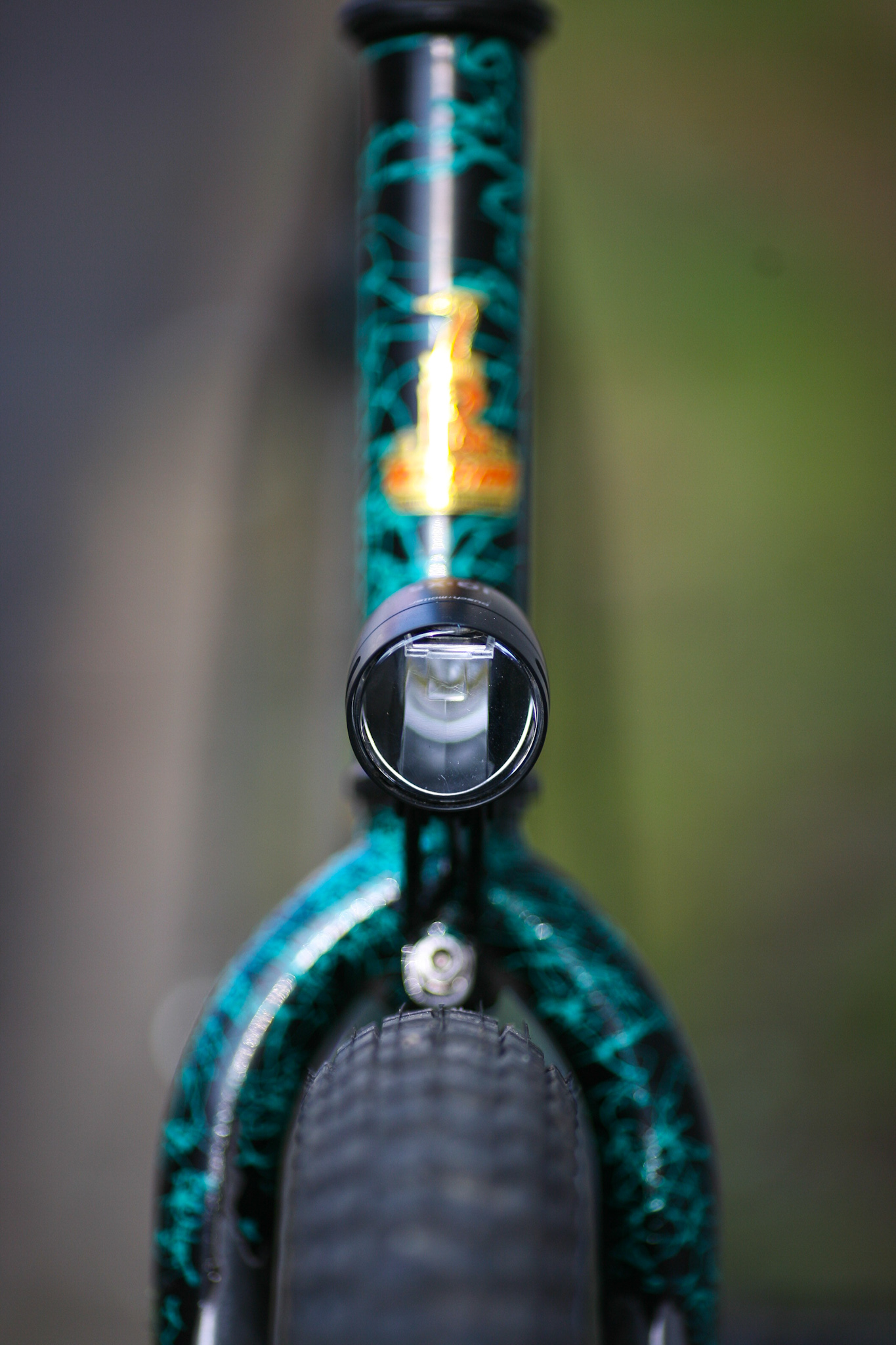 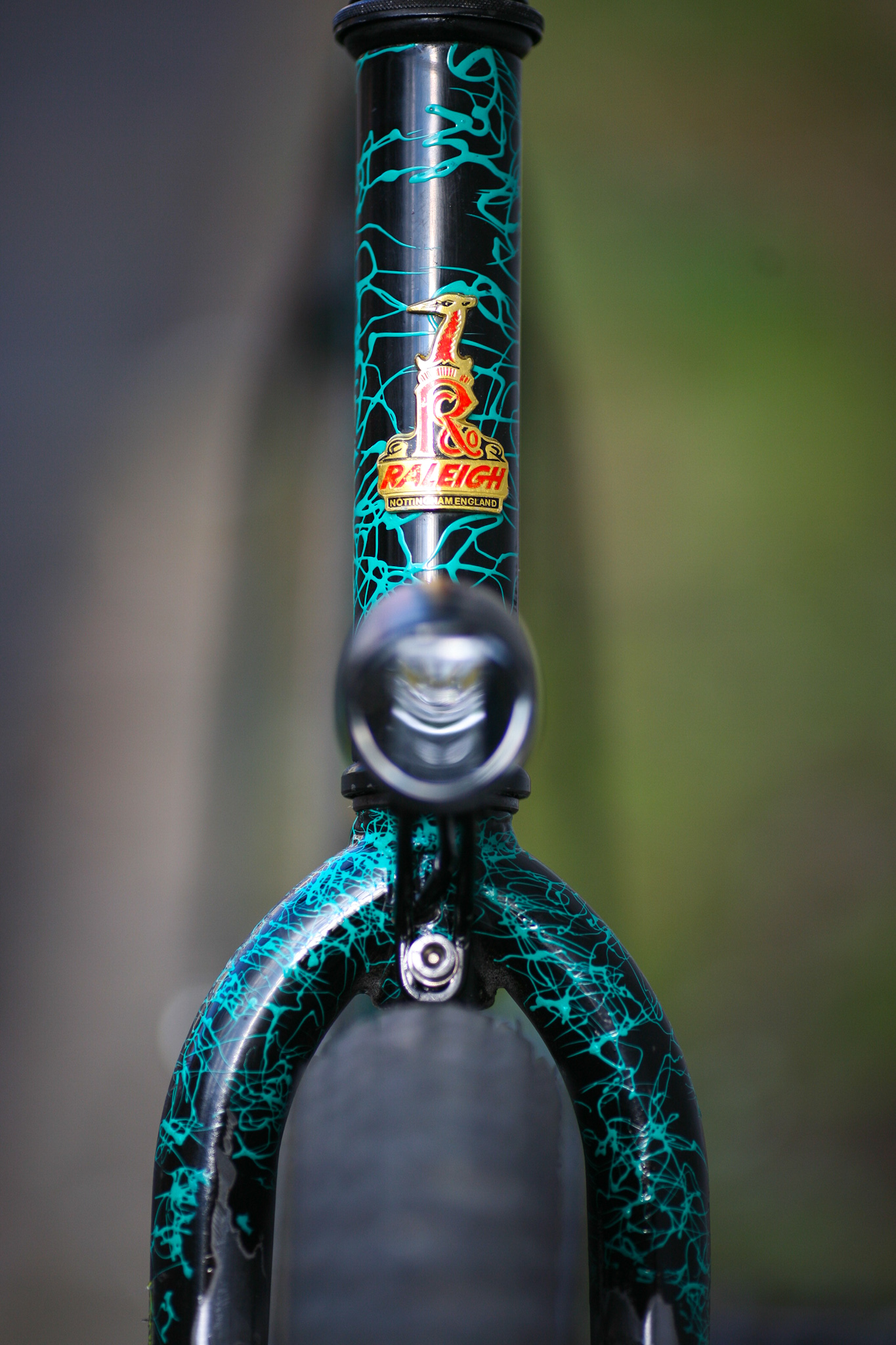 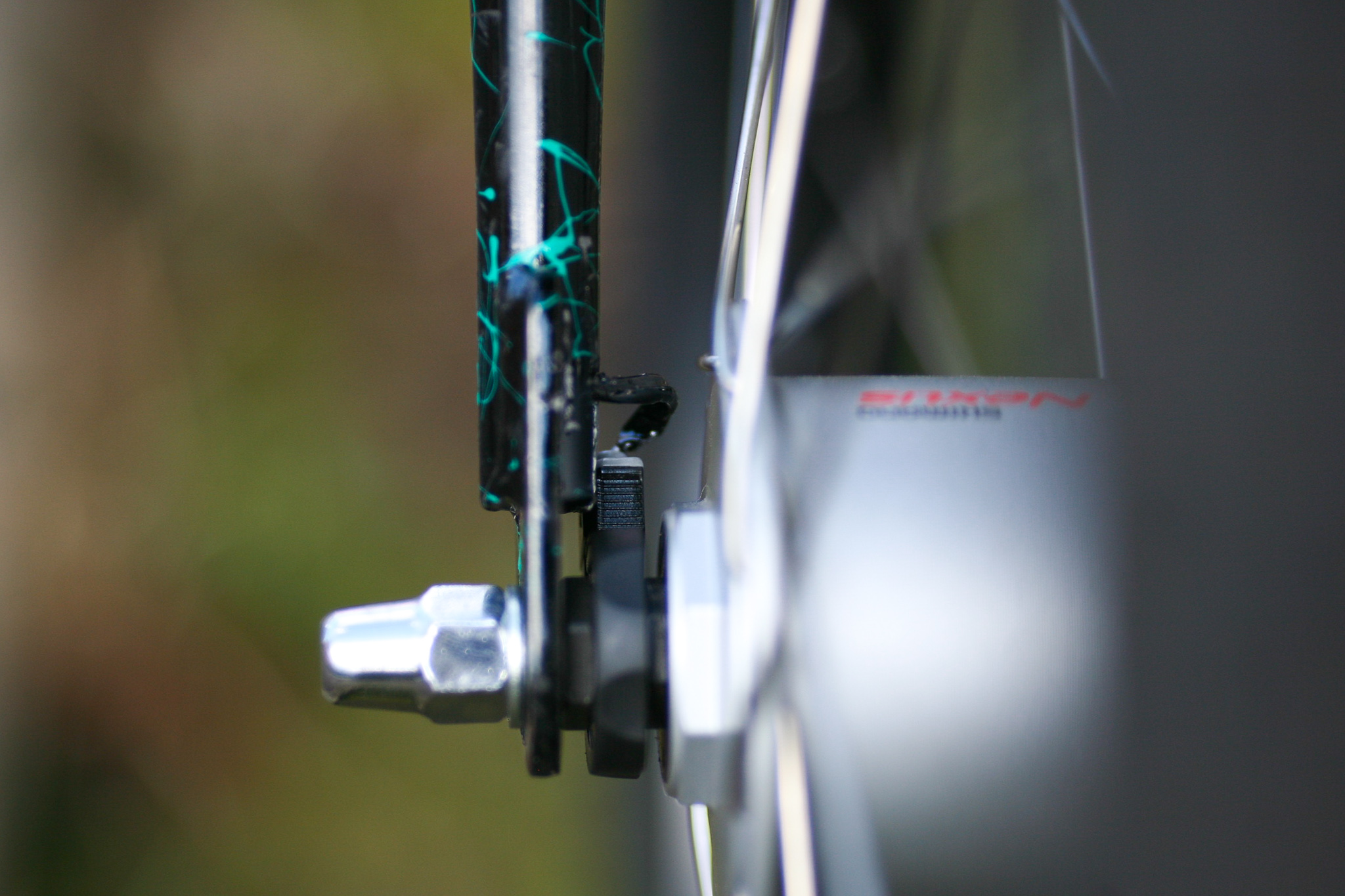 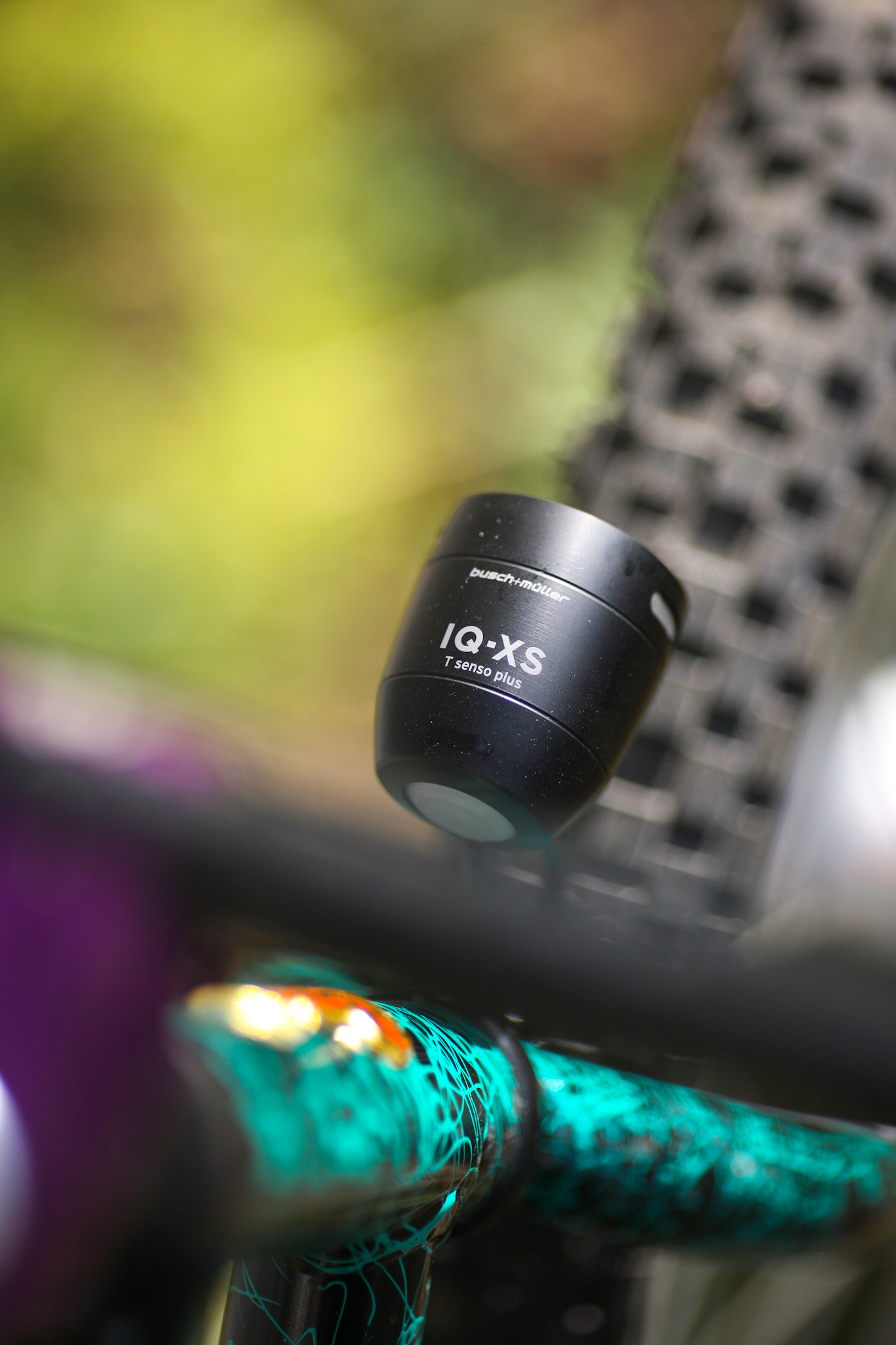 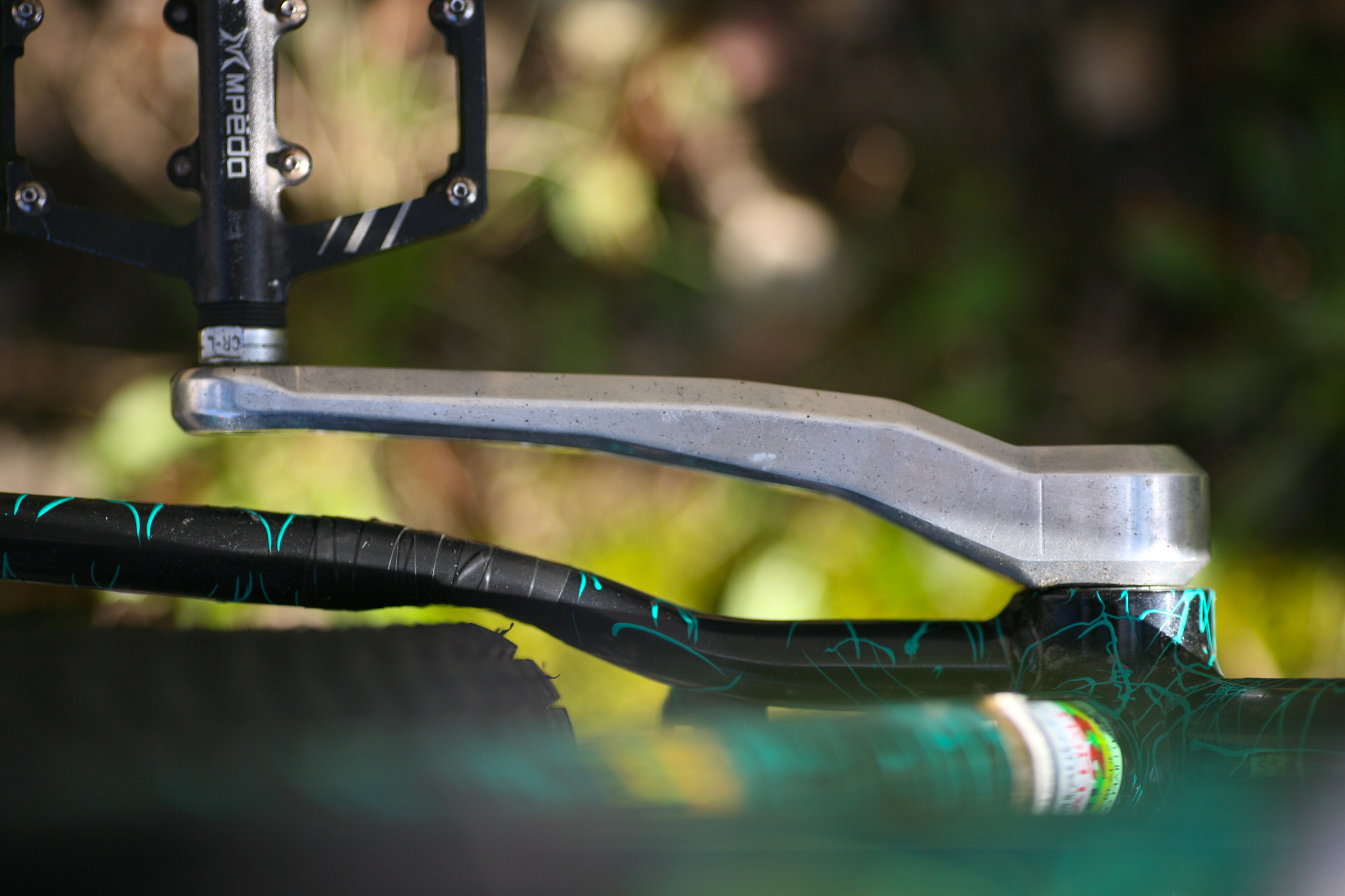 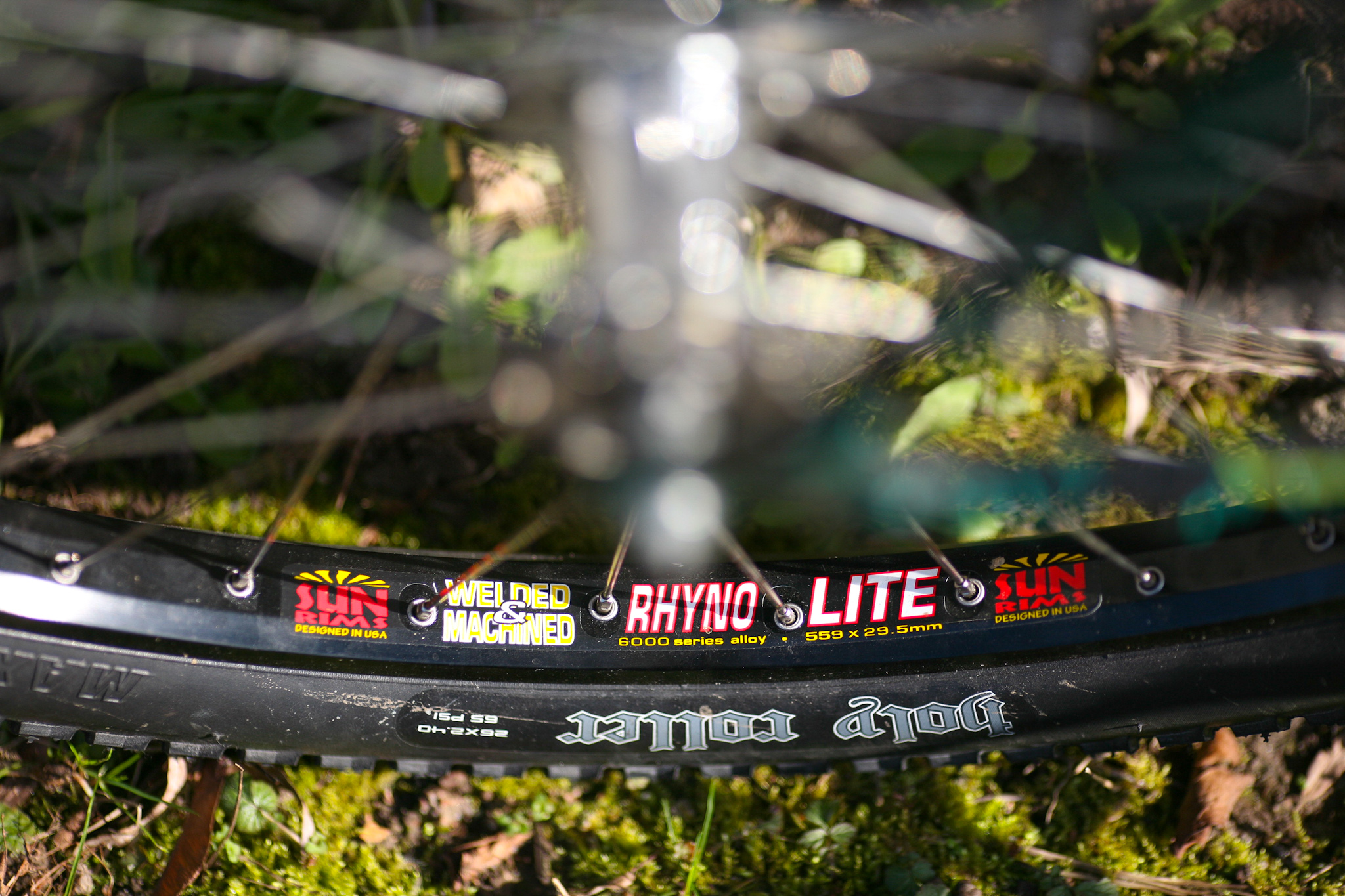 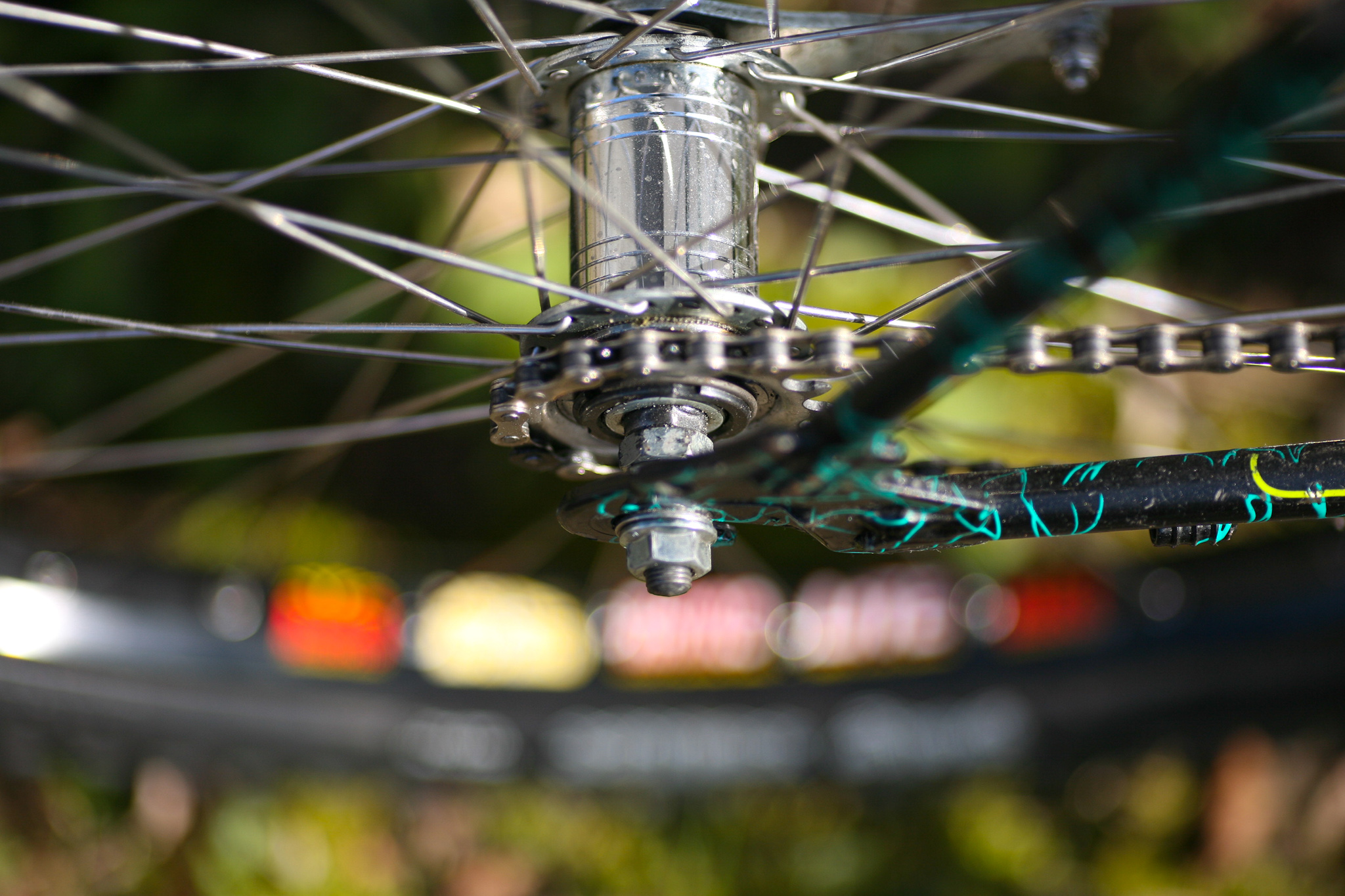 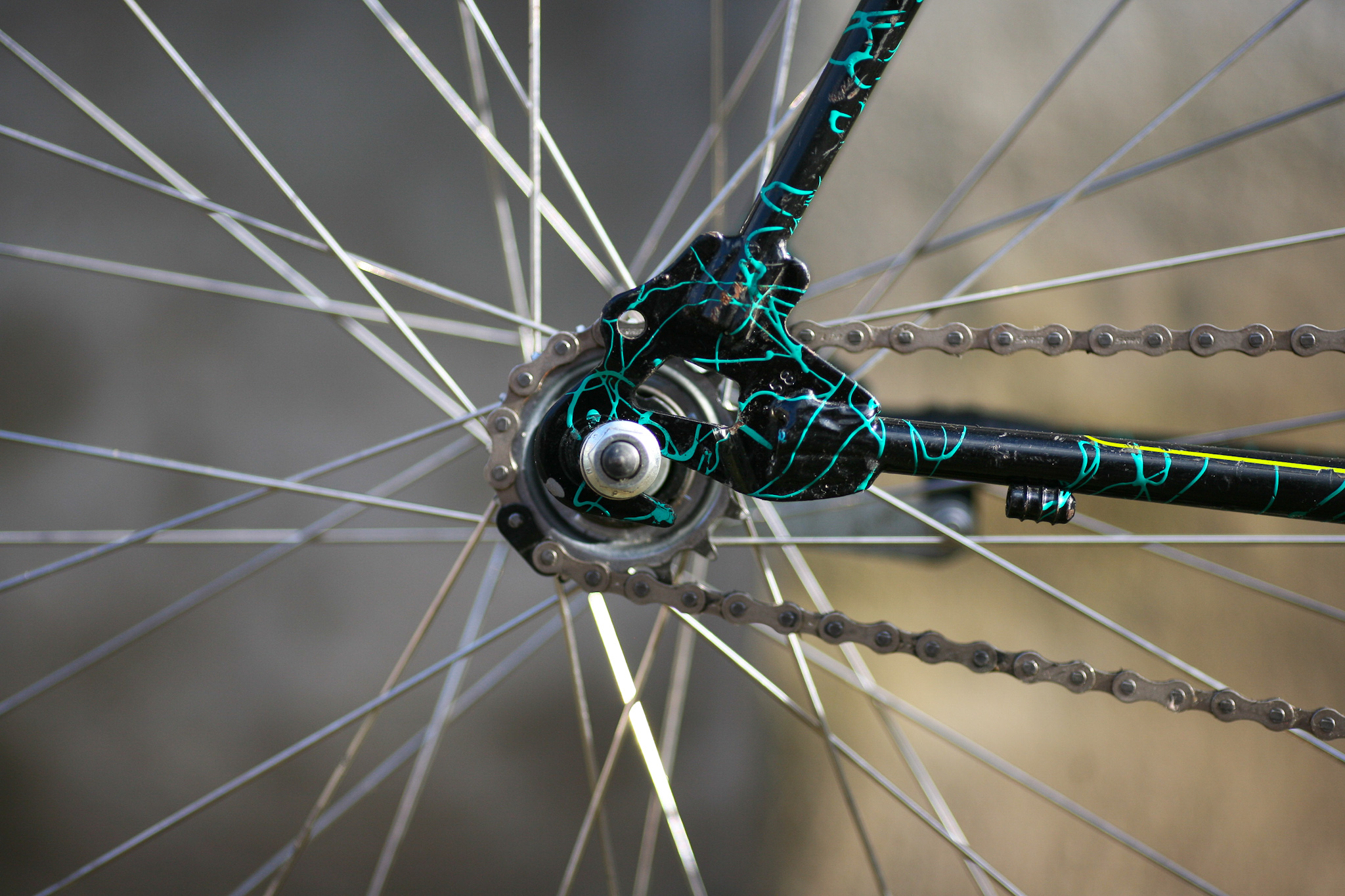 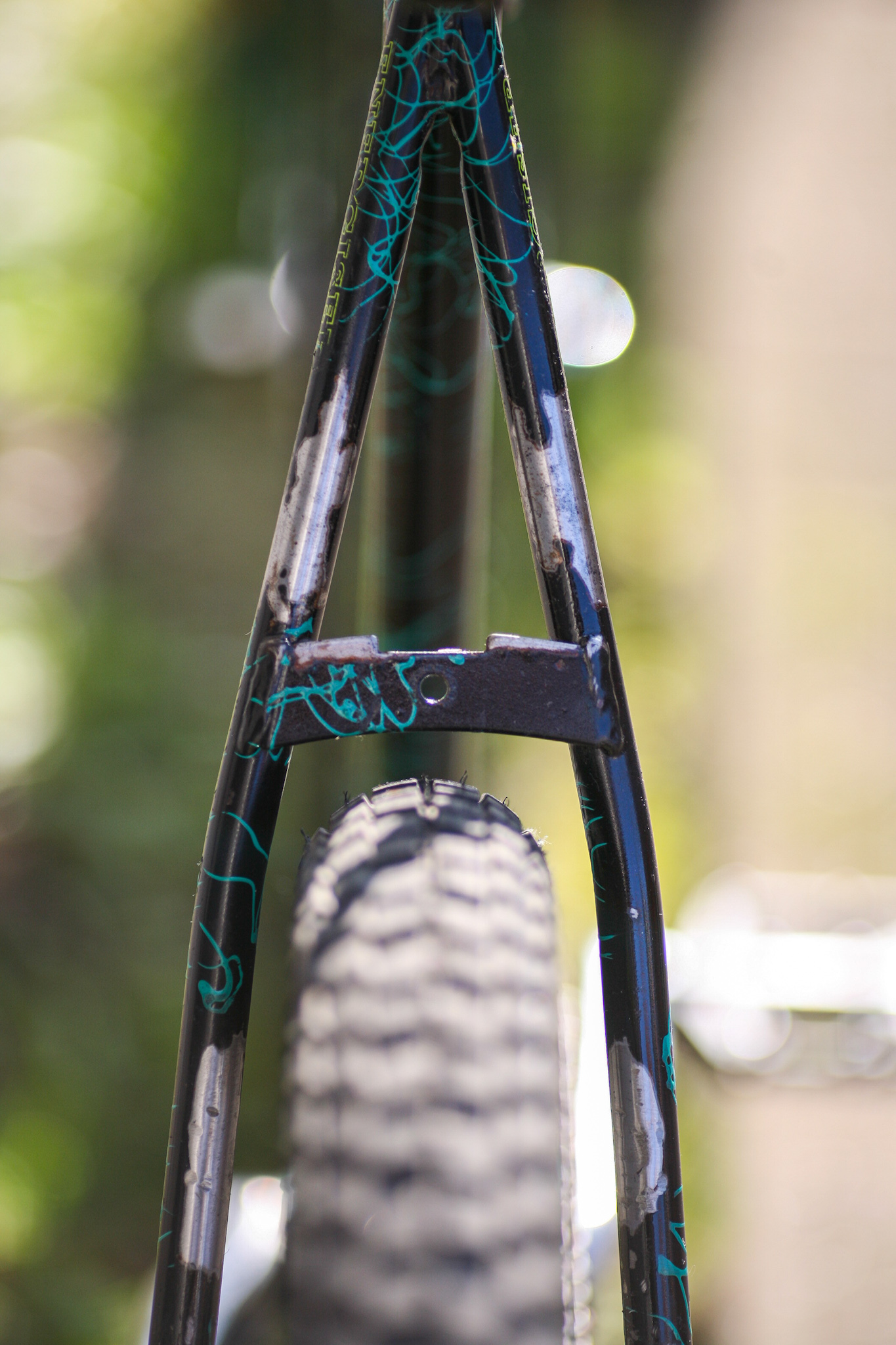